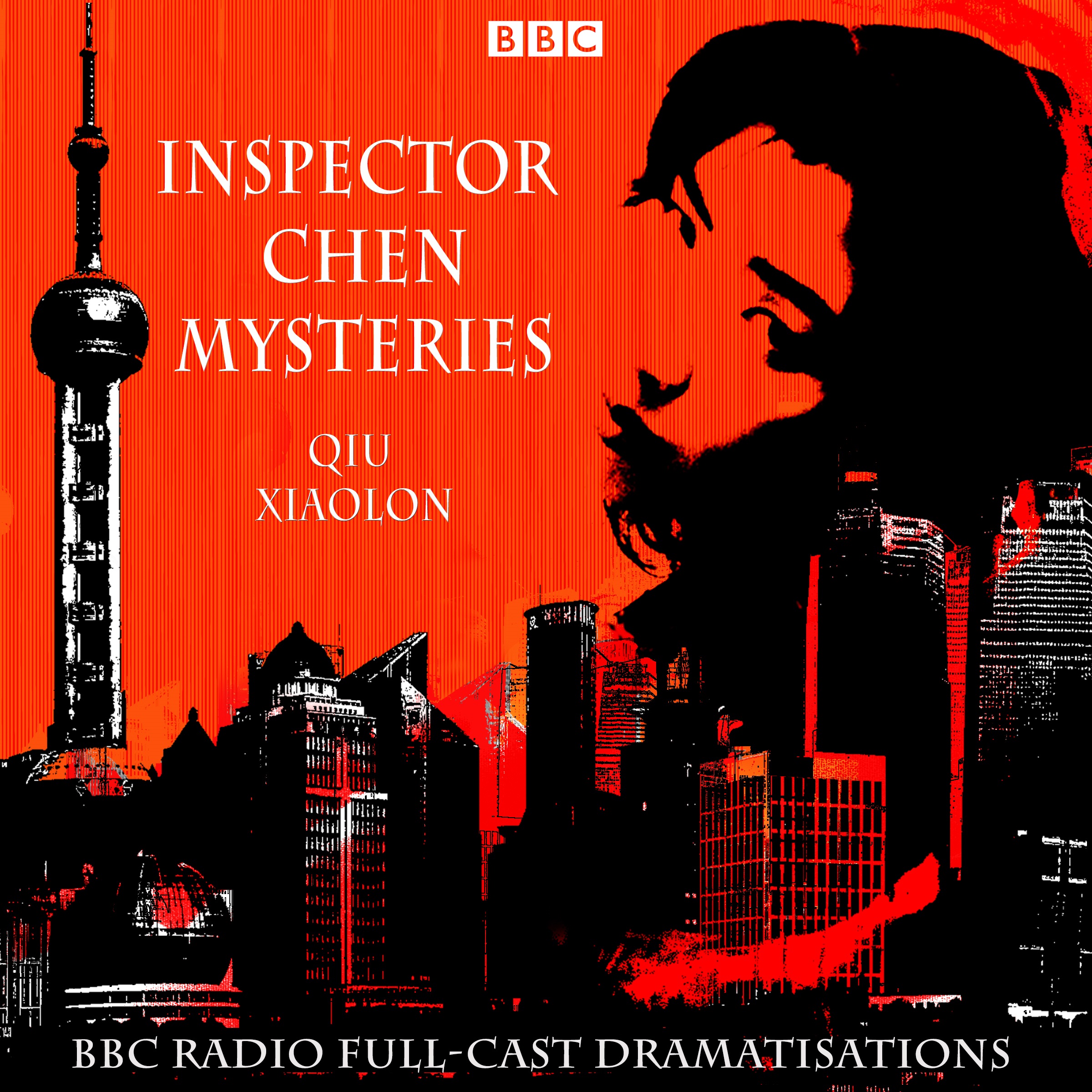 BBC Radio full-cast dramatisations of the crime novels of Qiu Xiaolong, set in Shanghai. Starring Jamie Zubairi as Chief Inspector Chen Cao, an astute young policeman with twin passions for food and poetry.
Through thrilling crime drama, these ten mysteries paint a portrait of modern life in communist China, depicting traditional Shanghai life amidst the old alleyways and how it is rapidly changing with modernisation.
1.  Death of a Red Heroine: Shanghai, May 1990. The body of a national model worker is found in Baili Canal. Academic turned detective Chen Cao now heads up the Special Case Squad, an assignment that brings political scrutiny with every move.
2.  A Loyal Character Dancer: When a former dancer and party loyalist at the heart of a people smuggling operation to the USA goes missing, Inspector Chen is under political pressure to find her, tactfully host a young female US Marshall, and find the connection with a grisly Triad murder.
3.  When Red Is Black: When Chen agrees to do a translation job for a property developer, he is given a laptop, a 'little secretary' to provide for his every need, and medical care for his mother. There are, it seems, no strings attached...and then the murder of a dissident writer is reported.
4.  A Case of Two Cities: When the head of the Shanghai anti-corruption squad is found dead in compromising circumstances, Inspector Chen is drafted in as 'Special Envoy to the Emperor with an Imperial Sword'.
5.  Red Mandarin Dress: A serial killer is loose on the streets of Shanghai, but Chen is otherwise engaged on a high-level corruption case. With bodies appearing at the rate of one a week, the homicide team is in desperate need of help.
6.  The Mao Case: It's a dangerous and politically sensitive case for Inspector Chen when he is asked to investigate the sudden change of fortune of the granddaughter of Chairman Mao's mistress.
7.  Don’t Cry, Tai Lake: Qiu Xiaolong’s academic-turned-detective is drawn into the deadly affairs of a polluting chemical company.
8.  Enigma of China: Has the Shanghai Development Committee director killed himself or was he murdered while under house arrest?
9.  Shanghai Redemption: Inspector Chen finds himself ‘promoted’ sideways from the Shanghai Police Bureau before narrowly escaping a night club trap and exposing a web of financial and sexual corruption.
10.  Hold Your Breath, China:  Inspector Chen has fallen from the Party's grace, but he is back on the case when a serial murderer is on the loose in the ever-thickening smog of Shanghai.
Dramatised by Joy Wilkinson and John Harvey.
Directed by David Hunter and Toby Swift.

Reviewer: JamesLast-Hansi - favoritefavoritefavoritefavorite - November 28, 2021
Subject: Very Enjoyable Escapisim
Despite the dramas having a very western-centric 'sound' to them (simply a fact of the actors used), the scenarios allow one to imagine what it must be like working in the police force under a communist/authoritarian government.